The store will not work correctly in the case when cookies are disabled.

We use cookies to make your experience better. To comply with the new e-Privacy directive, we need to ask for your consent to set the cookies.

What is Swedish Snus - Everything You Need To Know About Snus

Swedish snus is a smokeless tobacco product that comes in loose form or portion packets. The word "snus" is Swedish and means "snuff." Snus use has experienced growth over the last few years because of intensive tobacco research and campaigns against cigarettes.

Snus was first created by the Swedish Match Company over 200 years ago and is still manufactured until now. It's made from air-dried and cured tobacco (which contains no sugar). The tobacco is then ground into a paste and mixed with water. Afterward, it is divided into portions or tins for snus users worldwide. 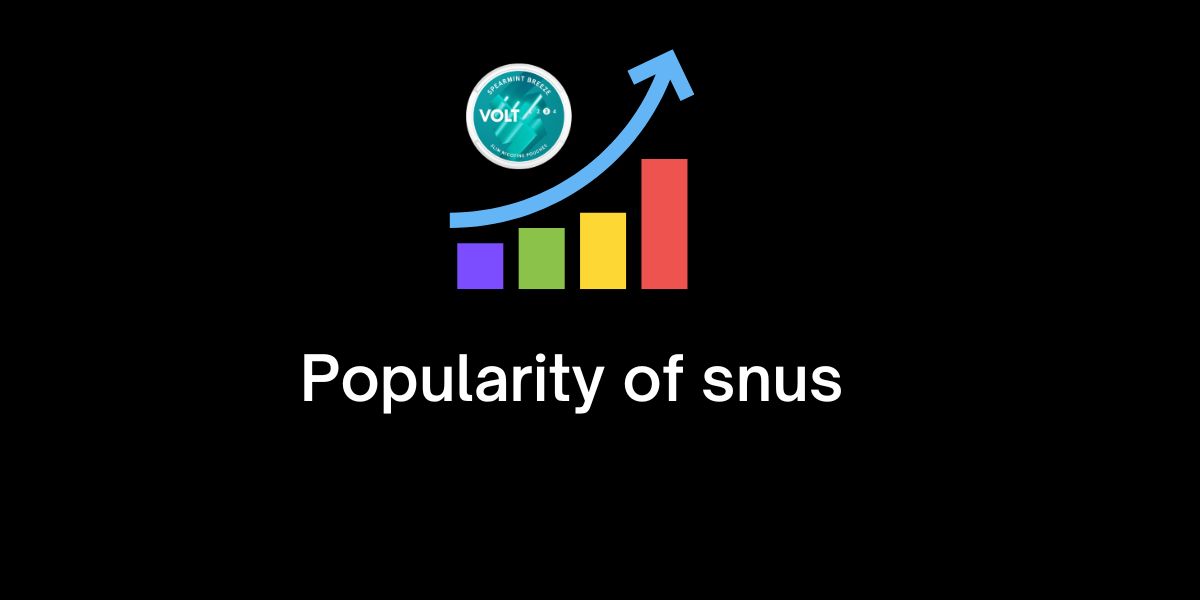 Snus is a very popular alternative to smoking. Thousands of Swedes have given up smoking by switching to snus. In the U.S., many people are starting to use snus as an alternative to cigarettes. According to global studies on tobacco-related mortality, more than 8 million people die prematurely from smoking.

One study published in the Harm Reduction Journal of the NCBI concluded that snus is safer than cigarettes. Compared to cigarettes, smokeless forms of tobacco like snus are much healthier alternatives. These products are easy to use, with no risk of fire or passive smoking. The nicotine content in these products is potent enough to help tobacco users quit smoking.

According to the same study, 45.8% of smokers who used snus for smoking cessation successfully quit their addiction. These products are easy to use, with no risk of fire or passive smoking. Only 26.8% of non-tobacco users quit smoking by using other nicotine replacement therapy (NRT) products, like nicotine gum. Most of the NRT users were women.

Speaking from personal experience, once you pop these things in, you won't crave a cigarette for hours if you're a casual smoker. Plus, the kicks of clarity are enough to make you feel like Aristotle on caffeine. Who knows, you might even unravel the secrets of life! 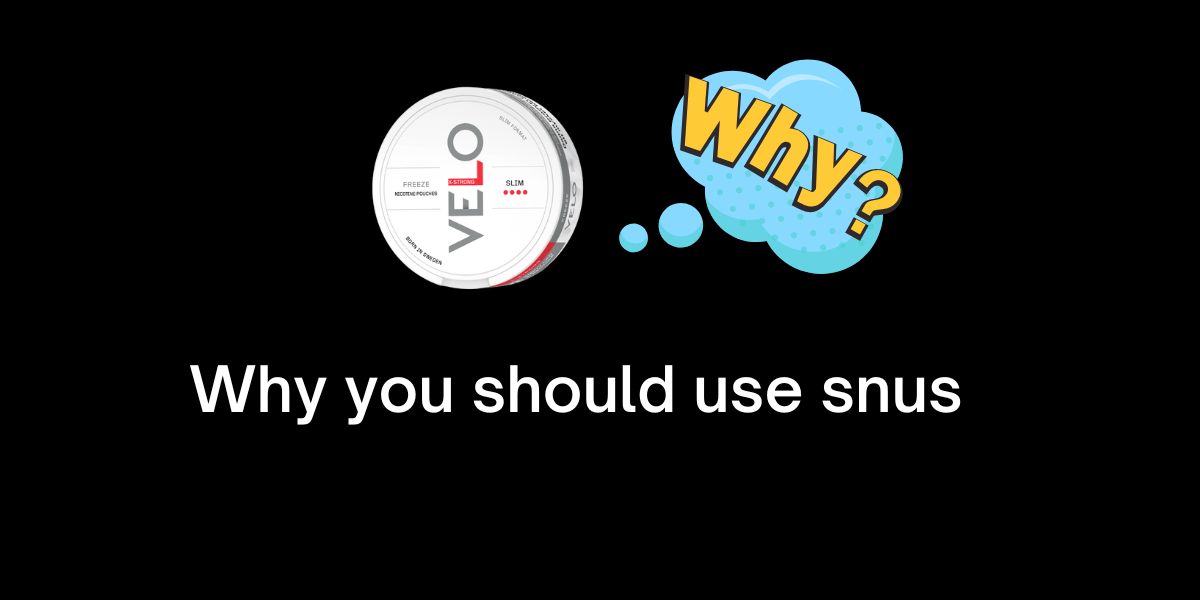 Why use Snus products?

Swedish Snus is a leading harm reduction tool employed by smokers to avoid the risks associated with smoking tobacco. Think about it, why would you risk having lung cancer when you can enjoy the same nicotine kicks with smokeless tobacco products?

Compared to chewing or dipping tobacco, Swedish snus does not have an increased risk of oral cancer. Yes, these pouches have tobacco and naturally have adverse health consequences, but compared to cigarettes and other options, these risks are minimal.

Swedish snus is also more versatile. Tobacco and nicotine dependence is a pain in the --- because you keep craving a cigarette in the worst possible places. You'll be sitting across a table, and suddenly, you'll want a cigarette. You can't smoke on a family table now, can you? In the same way, moist smokeless tobacco products make you spit a lot. You can't spit in front of someone else!

With modern snus products, you won't have to worry about any limitations. You can pop it in on the dinner table, while driving, or in a casual setting. Snus doesn't require spitting or inhaling smoke like other tobacco products—the ingredients go straight into your mouth and dissolve quickly without having any side effects on your lungs!

In addition to having fewer adverse health effects than cigarettes (FYI, cigarette smoking is associated with an increased risk of lung, oral and pancreatic cancer), research suggests that snus may have some positive health benefits. Mainly when used by smokers trying to quit smoking altogether.

Here is the shorter version of why you should use snus: 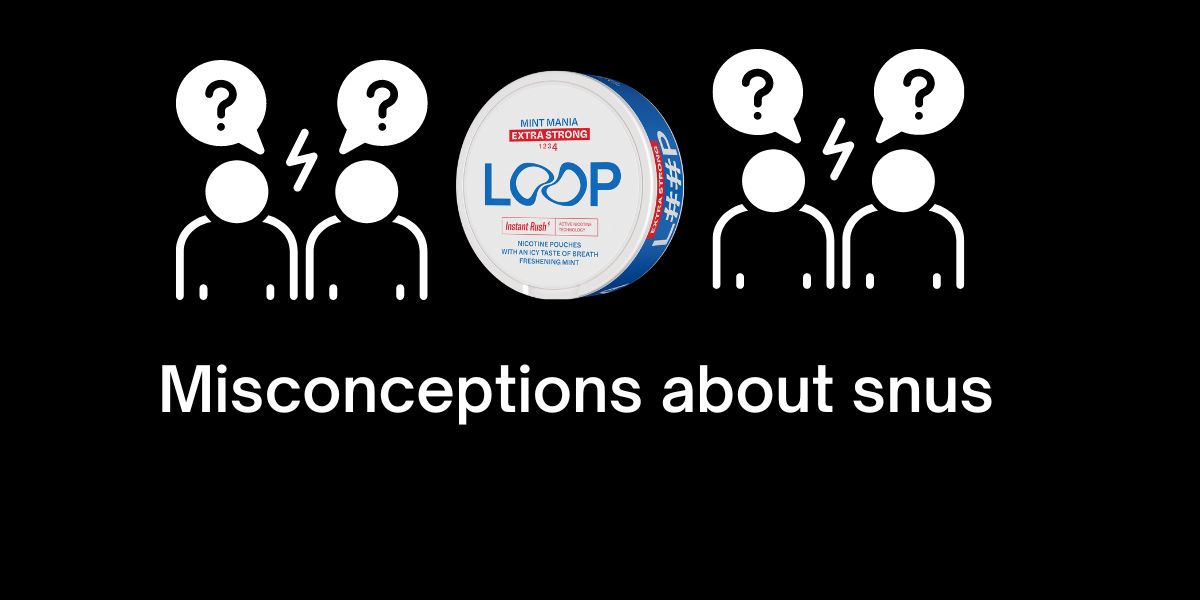 While we're on the topic of using snus and not using it, we might as well address some misconceptions.

Some people glorify snus as a cure-all for tobacco smoking. You might be tempted to believe that snus is like Aladdin's magic lamp; you rub it, and suddenly, your smoking addiction is gone. That is not true. Breaking your addictions is all about dedication and planning. Yes, snus makes the break from smoking addiction easier, but if you didn't want to leave cigarettes in the first place, then it won't work.

No health risks? Yeah, sure, buddy!

Every form of smokeless tobacco has some underlying risks or consequences. Using smokeless tobacco doesn't mean you won't experience nicotine addiction or other minor health risks. It only means that you have a reduced risk of pancreatic/oral cancer and almost negligible chances of lung cancer. Smokeless tobacco use has its risks. Naturally, Snus has health risks, but it is less dangerous compared to cigarettes.

Everyone can use snus? Not in a million years!

We can't stress this enough; snus is not for everyone. If you're battling with smoking, then you can use snus. If you've experienced smoking or other forms of tobacco, then you can use snus. However, if you have never touched a cigarette and smokeless tobacco, please stay away from snus (Or any other addictive material!). Addictions don't make you cooler; they only give you a sore throat and depression.

The Swedish VS American Snus debate has been raging for a few years, but to be very honest, it's not much of a debate. Let's first understand the difference between Swedish and American snus:

Briefly, Swedish smokeless tobacco products are more about strength and tradition, while American snus is more about glam and pizzazz. American snussz is a mellower version of Swedish snussz! 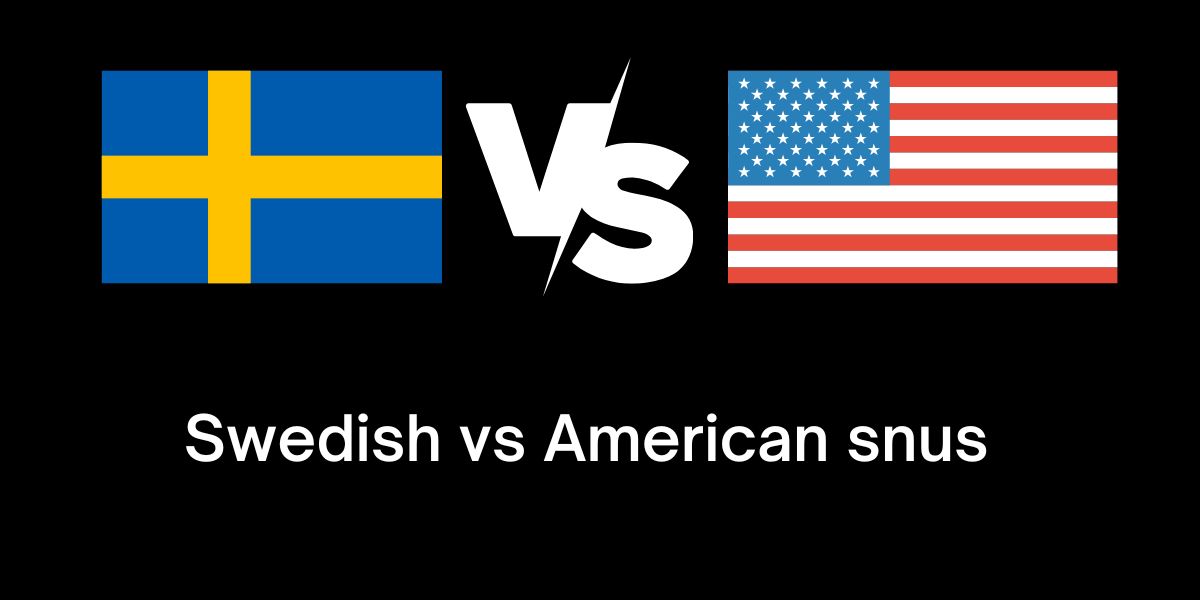 How to use Swedish Snus?

The use of Swedish snus as an oral product for nicotine delivery is effortless. You only need to put the snus between your upper lip and gums for the effects of nicotine to kick in. The effects usually last for an hour, and you'll start feeling it from the 2-minute mark. Once the nico-kick begins to wane, you may spit it out.

Every guide would be incomplete without recommendations. So, here are some of the leading snus brands that you can and should try:

The most popular brand of snus, General Snus, has been manufactured by Swedish Match since 1866. It's sold in more than 20 countries worldwide, including Sweden, where it accounts for approximately half of all sales!

Originally, this snus was developed by Johan A. Boman in the 18th century. As mentioned earlier, Swedish snus is made from cured tobacco leaves pressed into a paste. The paste is then shaped into small pellets called prillor (singular: prilla), which are placed inside a pouch made of dried leaves or paper—called a portion.

General snus holds true to the original creation method. Their products are slightly moist and runny, with a dark color. If you want to experience the classic flavors of snus, then General is your go-to brand. The nicotine strength of their products can go as high as 40 mg/g.

Snus in Sweden has evolved over the centuries, and a testament to this evolution is Siberia. This brand has managed to take the traditional snus flavor and combine it with the passionate (Borderline intense) modern mint, peppermint, and citrus flavors.

Like General Snus, Siberia offers some of the most potent products on the market. Siberia Snus is a subsidiary of GN Tobacco, a leading producer of cigarette and smokeless tobacco products.

Nick & Johnny is a marriage between tradition and new-age modernism. It's like a mix of Siberia Snus and General Snus, but with a more creative approach. It has the

While all the other snus manufacturers are experimenting with new flavors and methods, Kronan is doing the opposite. Kronan's motto is "Every day; we stray further from God," which is why they've decided to stick to the good old flavors and portions.

All Kronan products are known for their traditional flavors. Users of snus, who crave something classic, should try Kronan at least once. This brand is also a subsidiary of Swedish Match. 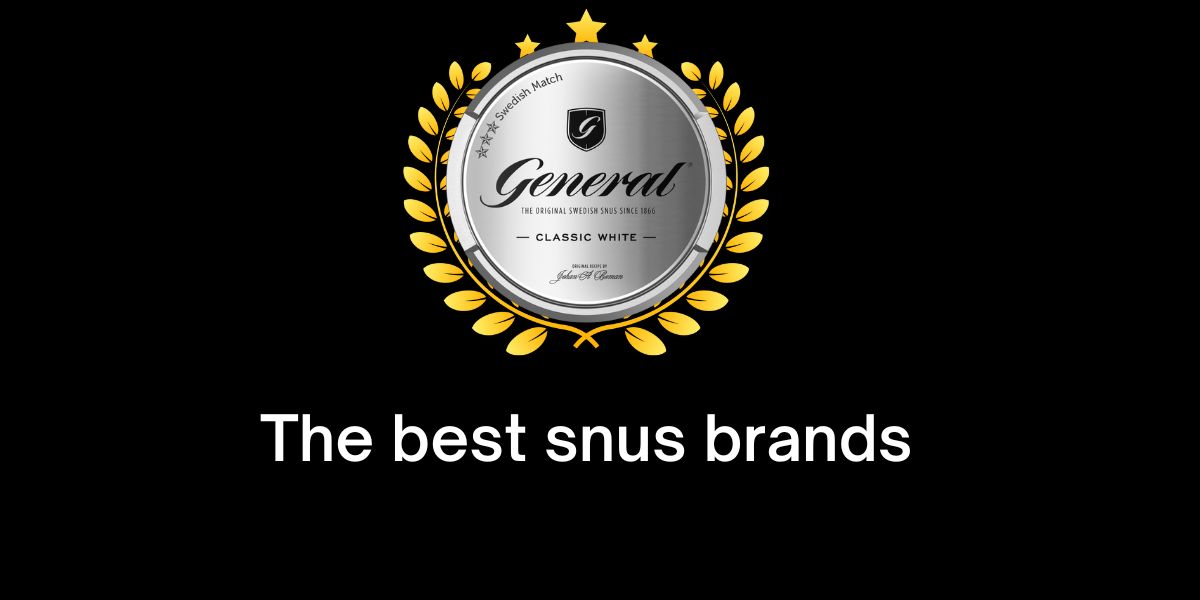 A summary of everything about snus

Now that we have extolled the praises of the ever glorious snus, it's time to bestow upon our nico family a gift. Since Snusdaddy is dedicated to erasing cigarettes and to healthier lungs, we have decided to make your snus journey as easy as possible. You can order bulk from Snusdaddy right now and get spectacular deals/discounts.

Not only that, but Snusdaddy also guarantees quick and timely delivery of all orders. Most of the Snusdaddy orders are dispatched within 24 hours. Usually, our snus family receives their orders in 3 to 4 working days. What are you waiting for? Get your snus cans from Snusdaddy today.

That's all for now,

Certainly, we may also be wrong. Either way, our .com site offers a wider variety of products available to customers shopping from outsite of Europe, including a grand assortment of Swedish snus with tobacco.